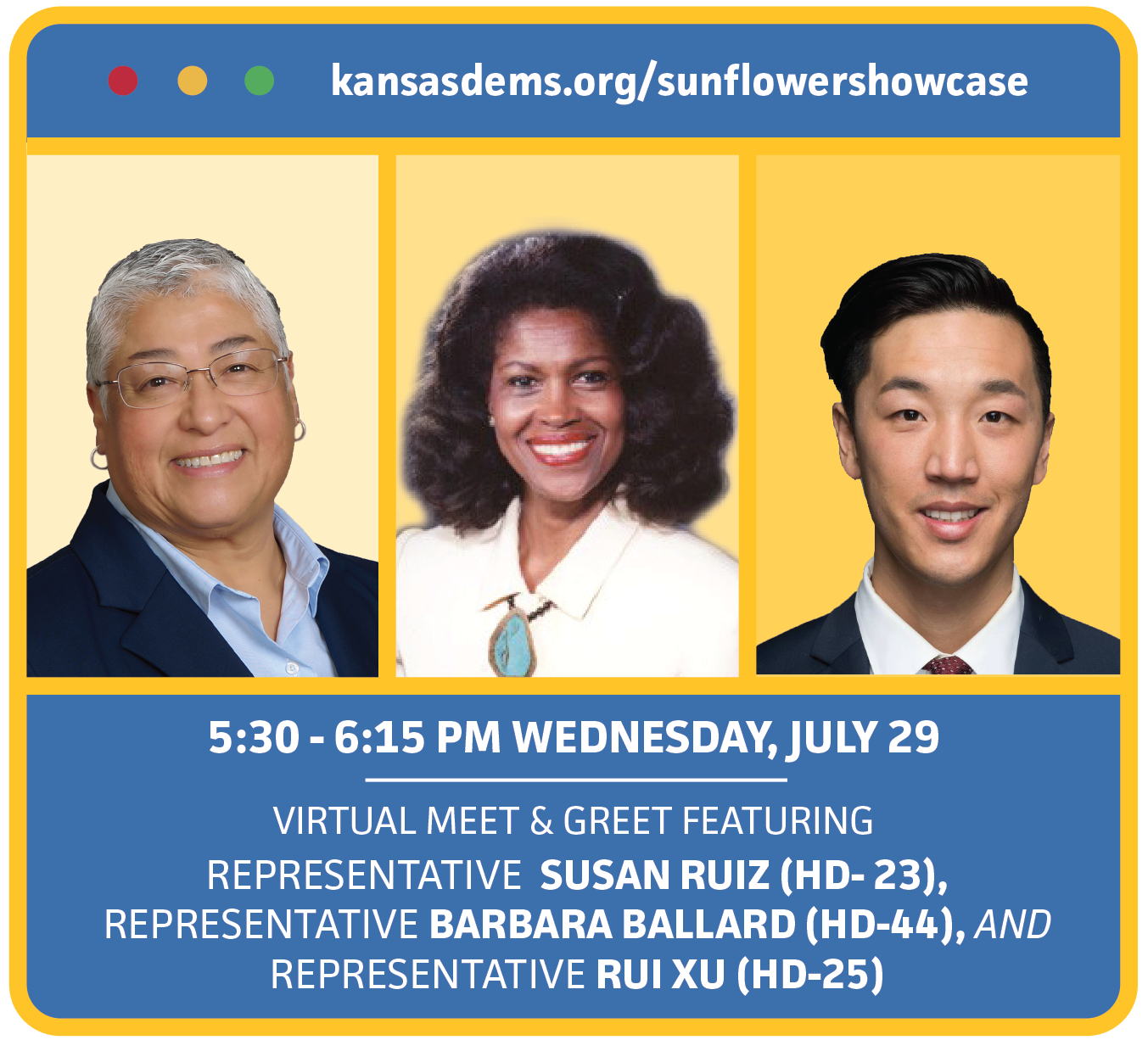 Representative Susan Ruiz: From growing up in a Mexican-American household, to helping people as a social worker — Rep. Ruiz learned the immense value of helping underrepresented communities through public education, advocacy, affordable and accessible healthcare, civil rights and much more. When elected in 2018, Rep. Ruiz became one of the first two openly LGBT state representatives in our state’s more than 150 years of history. Rep. Ruiz serves as a member of the Veterans & Military Committee, Social Services Budget Committee, and Children & Senior Services Committee. Learn more about Rep. Ruiz here.

Representative Barbara Ballard: Rep. Ballard has represented the 44th district since 1993. Prior to her election, Rep. Ballard served on the Lawrence School Board from 1985-1993. Rep. Ballard currently serves as the  treasurer of the Kansas African American Legislative Caucus, the Chairwoman of the House Democratic Caucus and the Associate Director of Civic Engagement & Outreach for the Dole Institute of Politics.

Representative Rui Xu: Rep. Xu is running for re-election to represent the 25th House District in Kansas because he believes that a strong, open, and trustworthy government can be a catalyst for growth for all of us, not just the richest among us. During his time in the legislature, Rui has served on Financial Institutions and Pensions, Education, Higher Education Budget, and the Agriculture committee.  He has been proud to take a lead on environmental issues in the House, introducing bills on addressing climate change, incentivizing carbon farming, and protecting pollinators at solar sites. Learn more about Rep. Xu here.