Stay up-to-date with current KDP candidates across Kansas from the comfort of your own home – all while helping the KDP grow our 2020 Coordinated Campaign to elect Democrats up and down the ballot in 2020. Every Wednesday from 5:30 PM – 6:15 PM, a member of the KDP team will facilitate a virtual Meet & Greet with a Kansas Democratic candidate and take questions from voters like you! To get things started, we’re offering a limited time deal for the first ten events – if you sign up now, you’ll receive access to every Sunflower Showcase event for a discounted price of $70. We hope to see you there! 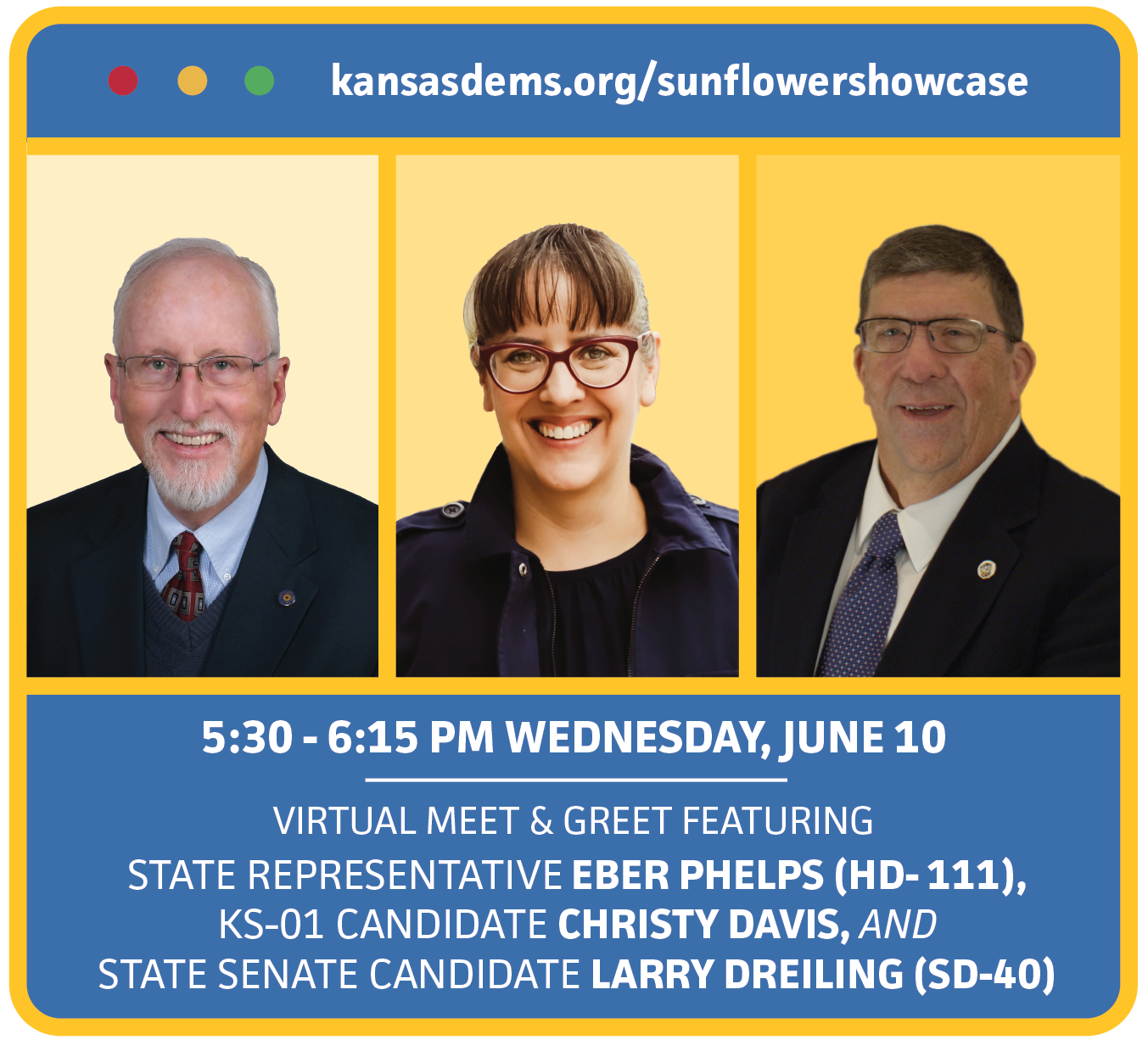 Representative Eber Phelps: Rep. Phelps has represented the 111th district since 1997. He is from Hays, Kansas in Ellis County. Rep. Phelps has focused on education and related issues. Prior to his election to the House, Phelps served as mayor of Hays, Kansas and was also on the Hays City Commission. Learn more about Rep. Phelps here.

Christy Davis: Davis is a fifth-generation Kansan who experienced first-hand the farm crisis of the 1980s when her family was forced to sell their dairy farm. Christy, and her husband, Luke, live in Cottonwood Falls with their son, Jack, where they are committed to revitalizing their home state. She has been involved in Democratic politics since her work on Laura Kelly’s first State Senate campaign and Nancy Boyda’s Congressional Campaign. Learn more about Christy Davis here.

Larry Dreiling: Dreiling is a senior field editor for High Plains Journal, where he is the agricultural weekly’s principal reporter on farm policy as well as rural finance and development issues. In his over 35 years as a journalist, Larry has reported from more than 20 countries on subjects as diverse as government farm programs, rural trauma care, and antique tractor restoration. Learn more about Larry Dreiling here.