KCTV: “A rebate on your state income taxes. A freeze in college tuition. No more sales tax on food. Tuesday night, Kansas Governor Laura Kelly touted a budget surplus and big plans to pass along the savings”

Topeka, KS — Last night, Governor Laura Kelly gave her fourth State of the State address reflecting on the success Kansas has achieved under her leadership and laid out the path forward for Kansans. The Governor highlighted her administration’s work to fix the state budget, create record economic growth and new jobs, and fully fund public schools for the fourth year in a row, after a decade of neglect and mismanagement under the Brownback administration. 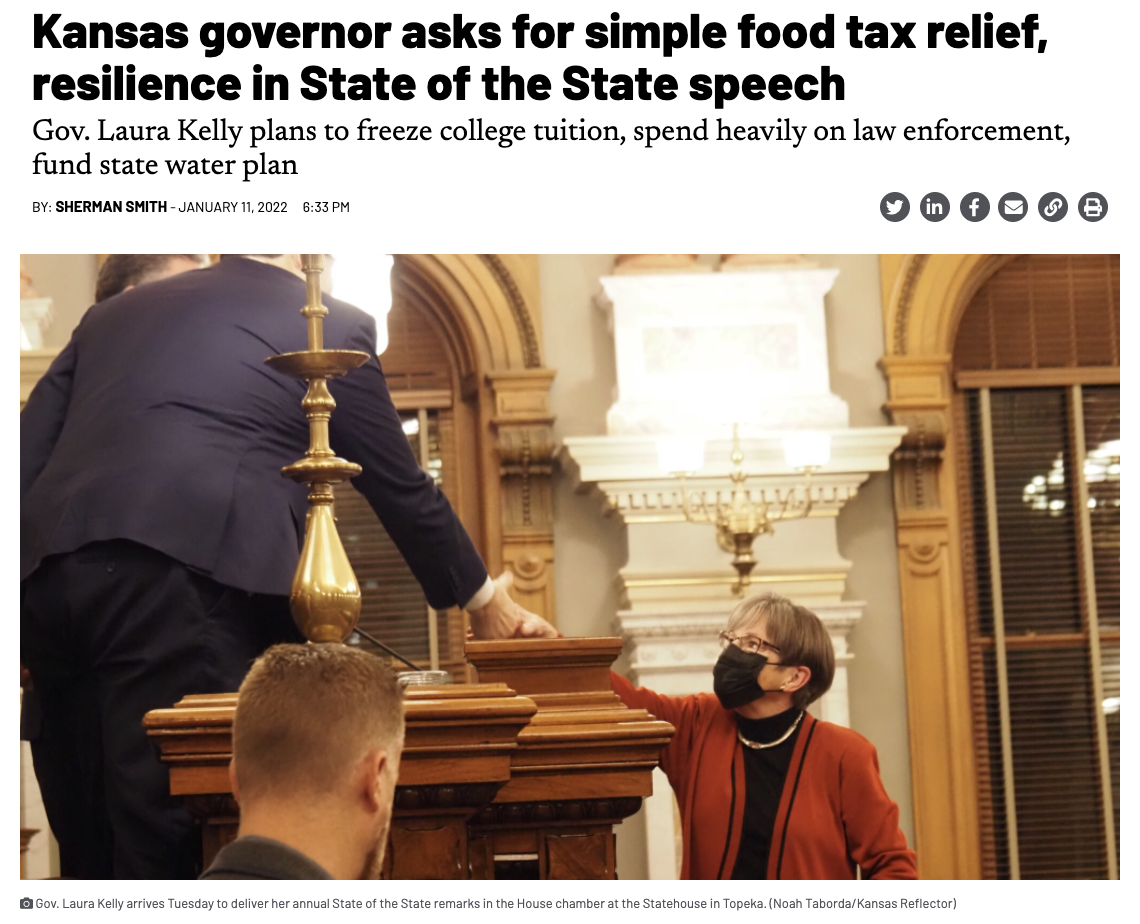 Hear what others are saying about Governor Kelly’s address: