A recent poll released by EMILY’s List shows that Governor Laura Kelly is popular with Kansas voters and starts the 2022 gubernatorial race ahead of her likely opponent, Attorney General Derek Schmidt. Governor Kelly has proven to be a champion for Kansans during an unprecedented economic and health crisis. The numbers show that the majority of Kansans across party lines approve of Governor Kelly’s strong leadership throughout her first term.

(The Kansas City Star) – Kansas Republicans for months have been pushing Gov. Laura Kelly to send resources to the southern border in response to the flow of migrants crossing into the United States.

As it turns out, the Kansas National Guard has already been there for nearly a year.

The Guard’s 137th Transportation Company deployed in October 2020 on a year-long mission to help secure the border. Kelly didn’t announce the deployment of about 250 soldiers at the time and there’s no record of an announcement by the Guard. She has previously criticized the Republican calls as “political games.”

(Kansas Reflector) – An early survey in the 2022 election cycle shows Democratic Gov. Laura Kelly with a narrow advantage over Republican Attorney General Derek Schmidt in a head-to-head gubernatorial showdown of two statewide officeholders gearing up for that campaign.

The poll by Clarity Campaign Labs, a liberal-leaning firm in Washington, D.C., at the behest of EMILY’s List, which promotes Democratic women candidates, indicated Kelly had a 3 percentage point advantage on Schmidt. Kelly held support of 47% of participants to Schmidt’s 44% in a survey with a 3.4% margin of error.

Kelly attracted backing from 83% of voters who considered themselves ideologically moderate and 21% who viewed themselves as somewhat conservative.

(KSNT) – The shots were not on East High School property in Wichita, but three students were hit. Two students had minor injuries.

“First of all this incident, obviously, shakes our community,” said Wichita Police Chief Gordon Ramsay. “It’s very disturbing to everybody including me.”

“We also got a lot of help, and that’s what we need. We need the community to engage,” said Ramsay.

(The Kansas City Star) – The emergency-use authorization also allows boosters for people 18 and older whose occupational exposure to the SARS-CoV-2 virus puts them at elevated risk of serious complications. Booster doses can be given any time at least six months after a person received their second shot, the FDA said in a statement.

Acting FDA Commissioner Janet Woodcock said the authorization would allow people such as teachers and day care staff, as well as health care and grocery workers, to get the third shot.

The authorization applies only to the Pfizer-BioNTech shot, the agency said.

HATE CRIME NUMBERS ON THE RISE DESPITE UNDERREPORTING

Over the course of the COVID-19 pandemic, and the racial reckoning spurred by the police killing of George Floyd, Geller said African Americans, people of Asian and Pacific Islander descent, Jews and Muslims have all found themselves on the receiving end of hate.

(Shawnee Mission Post) – U.S. Rep. Sharice Davids of Kansas says she would support a new federal strategy to expand Medicaid in Kansas, which would provide health care for an estimated  165,000 more Kansans.

Davids, joined by local advocates and health care professionals who have advocated for expansion of Medicaid coverage in Kansas for years, called for the upcoming budget reconciliation package to both continue current federal incentives and include a federal plan to expand Medicaid coverage in states like Kansas.

The budget reconciliation bill is a massive $3.5 trillion spending package sketched out by Democrats in recent weeks, much of it based on President Biden’s “Build Back Better” priorities.

The bill would make several major changes to how Americans get health care, including expanding Medicaid in 12 states — all controlled by Republican-led legislatures — that have refused to expand the federal program under the 2010 Affordable Care Act.

MILLIONS WASTED DUE TO BROWNBACK’S FAILED AND OUTDATED UNEMPLOYMENT SYSTEM

(The Topeka-Capital Journal) – Interviews with more than a dozen employees at KDOL and private contractors, as well as a review of state records, tell the story of a project that floundered throughout much of the 2000s.

A historic rush of Kansans filing for unemployment met that same out-of-date system, which was again being asked to adapt to a new benefits program started at the behest of the federal government.

Work was then halted by the administration of Gov. Sam Brownback and couldn’t be restarted in time to prevent a fresh round of headaches during the COVID-19 pandemic.

Now, the agency is restarting the project — even though millions of dollars of labor was previously completed. Much of the work was discarded, lost to time and unusable. 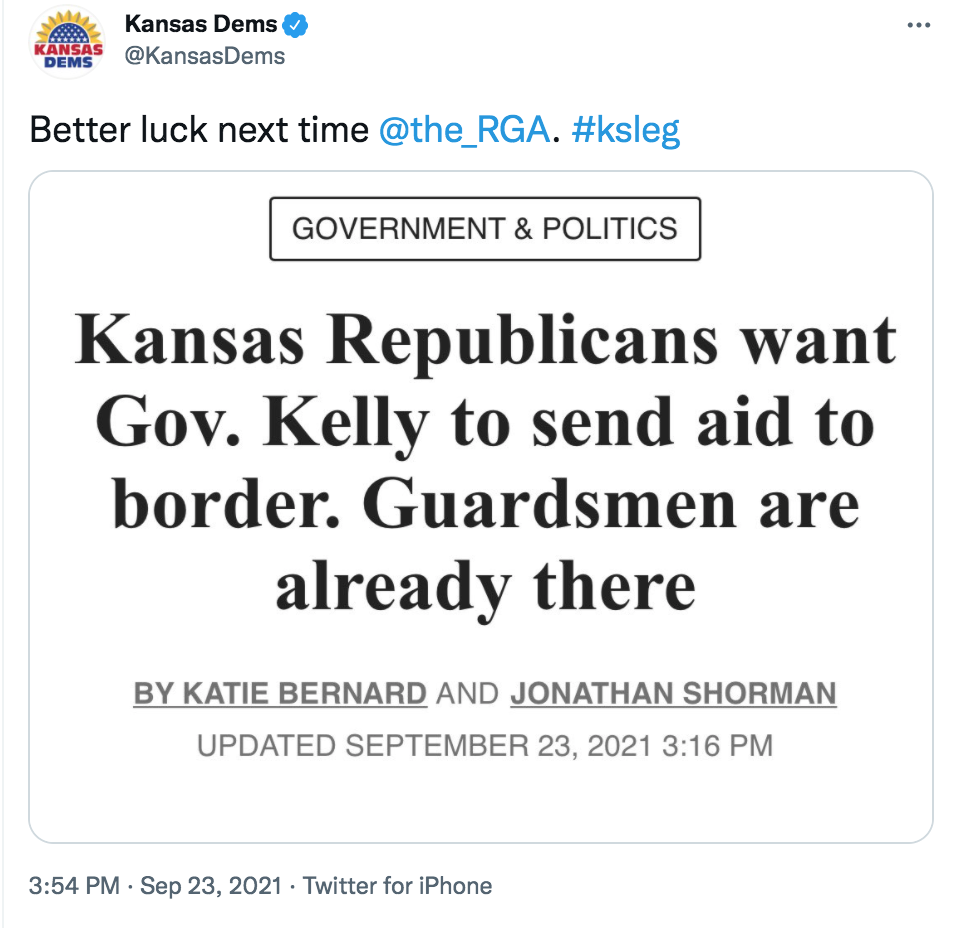 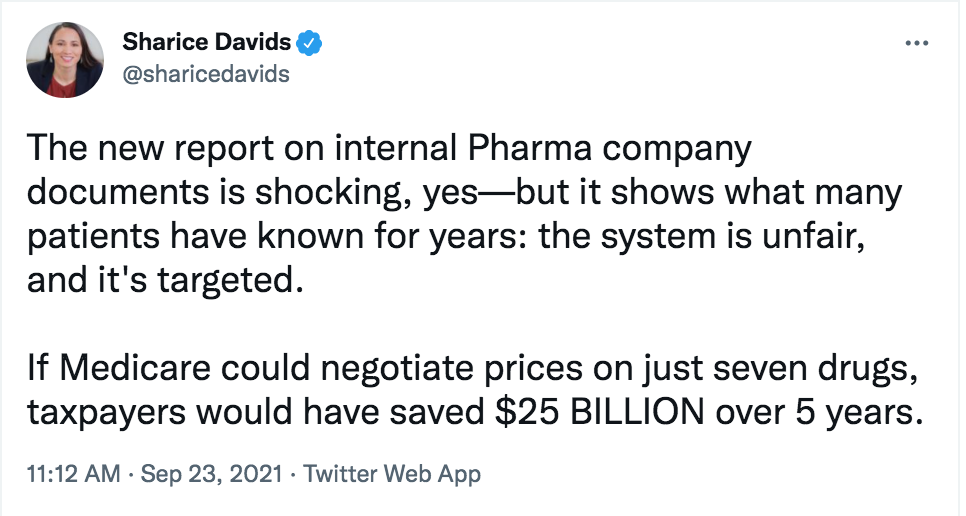 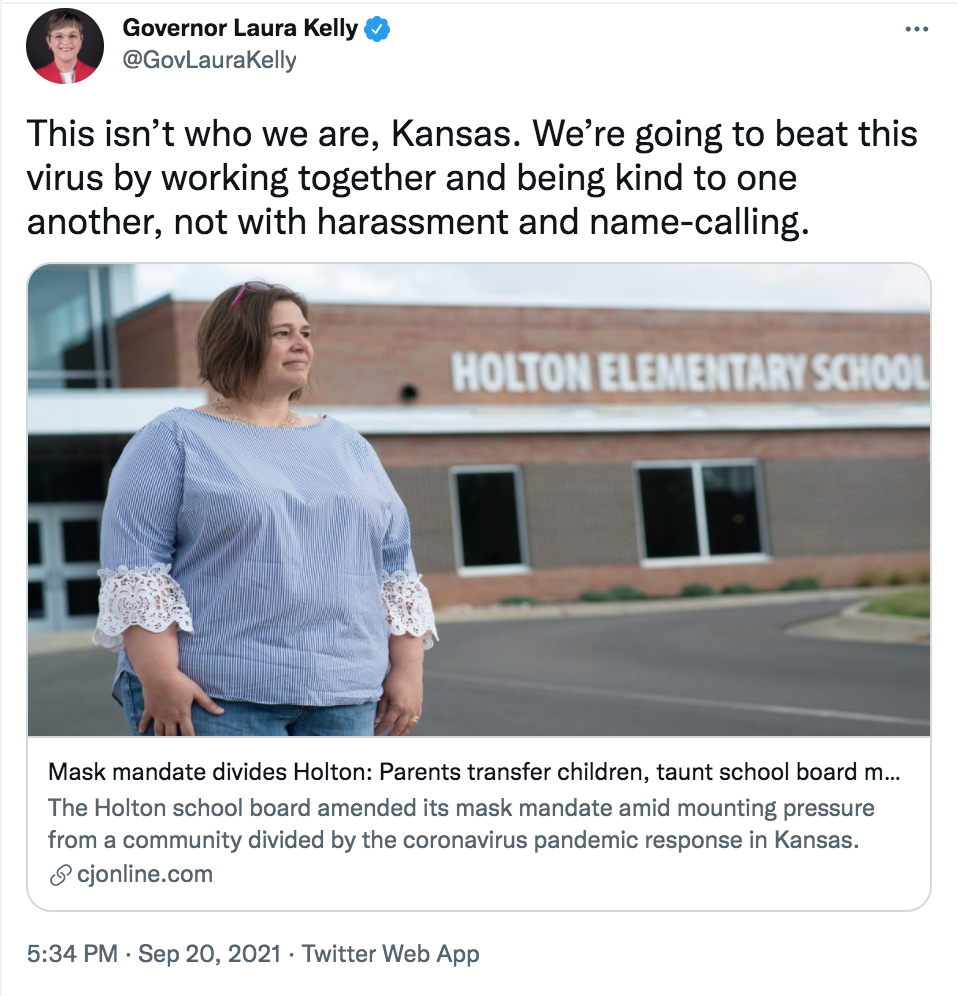 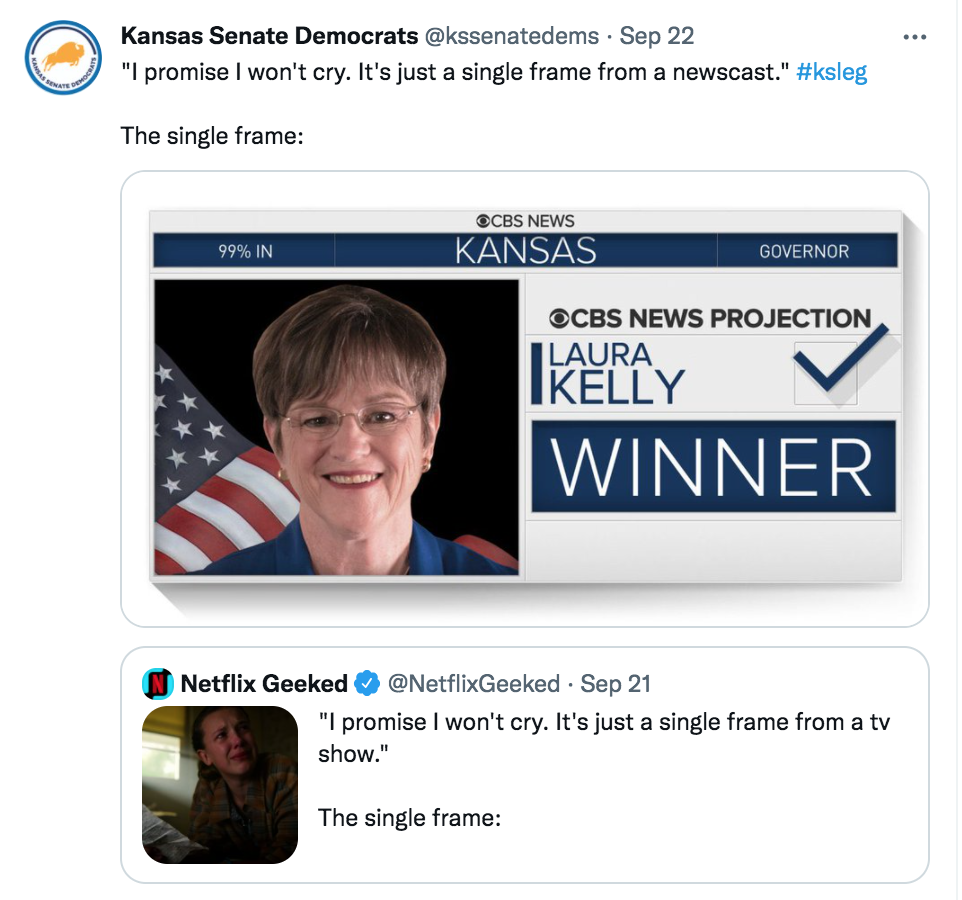