Welcome to the KDP Weekly Newsletter – the Kansas Democratic Party’s update of the biggest things going on in the state party and the state government. What are we focused on this week? Suicide Prevention Week, 9/11, Value Them Both, 2022 Elections, Demofest, COVID-19, Voting Rights, Republican Obstruction, Medicaid Expansion, Democrats Care, Social Media Updates, KDP Merch and more! 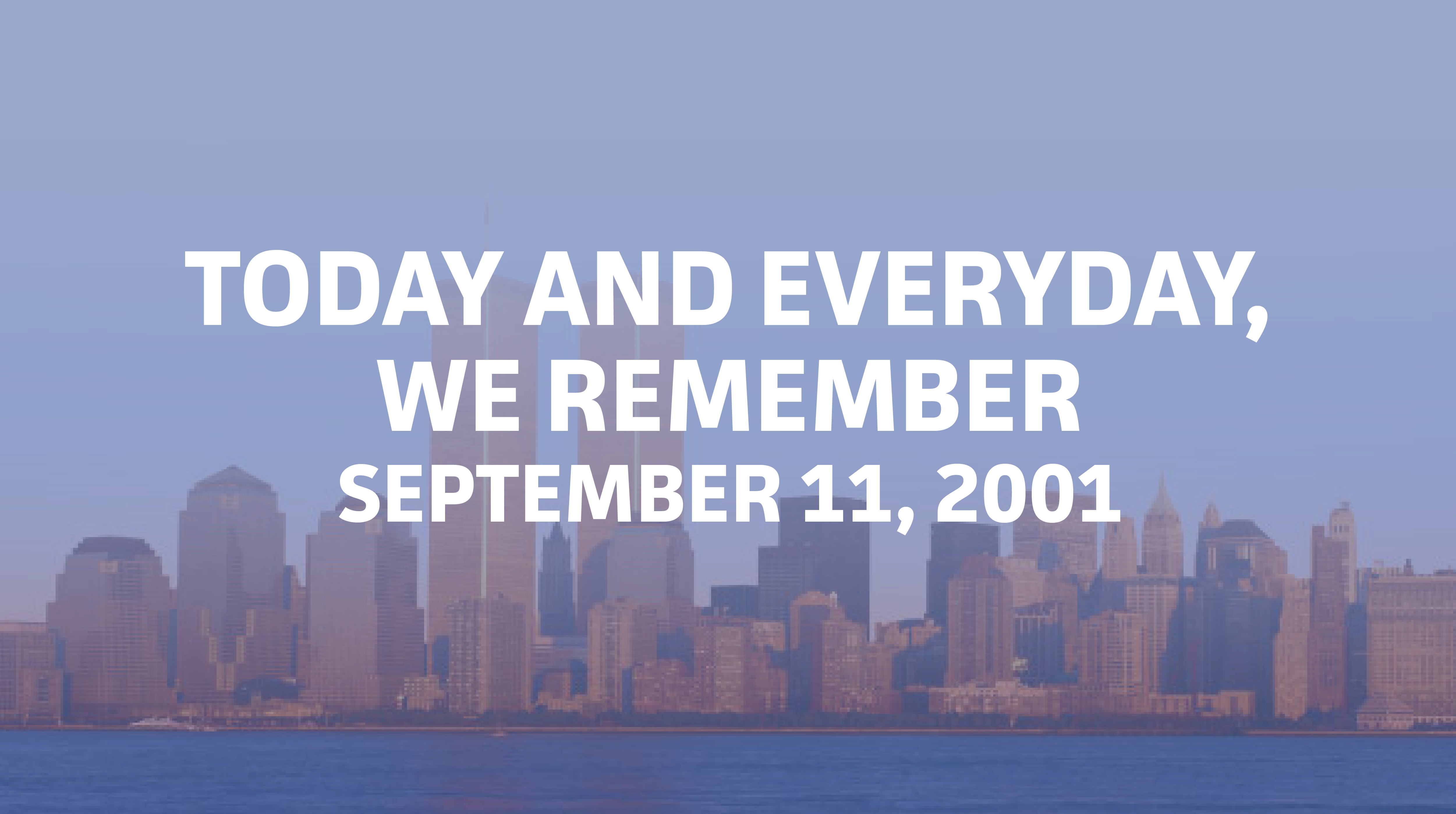 This September 11th will mark 20 years since the tragedy that shook our nation to its core and taking the lives of so many of our fellow countrymen and women. The terrorist attacks on the World Trade Center, the Pentagon, and onboard United Flight 93 cut short the lives of 2,977 innocent people. These attacks tore a hole in the heart of our country and the pain of this tragedy still remains. Today, we honor our friends, family members, and first responders who lost their lives on one of the darkest days in our nation’s history. Let us never forget the true heroism demonstrated by first responders, emergency personnel, and ordinary citizens on 9/11. May their legacy live on forever. 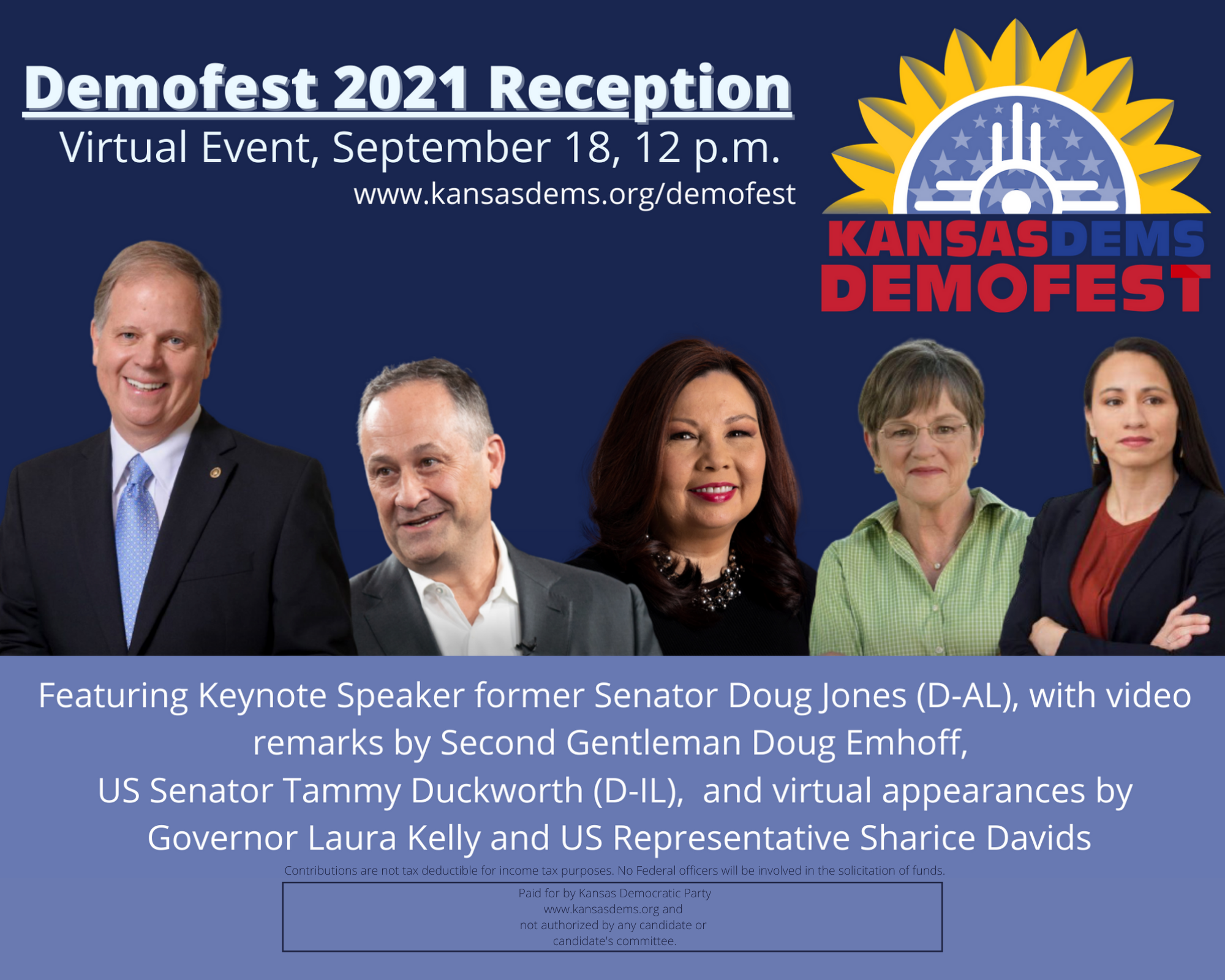 The KDP will be hosting a virtual Demofest Reception online next Saturday, September 18th at 12 p.m. Due to the uptick of the Delta variant of COVID-19 in Kansas, the KDP, in conjunction with the KDP Executive Committee, have decided to pivot this year’s event to an online reception. We’ve secured an exciting lineup of featured speakers and you won’t want to miss this year’s programming that you can enjoy from the comfort of your own home!

The Keynote Speaker for Demofest will be former Senator Doug Jones (D-AL) and we’ll also be hearing remarks from SGOTUS Doug Emhoff, US Senator Tammy Duckworth (D-IL), with virtual appearances by our very own US Representative Sharice Davids, Governor Laura Kelly and Wichita Mayor Brandon Whipple! This is an event you won’t want to miss. 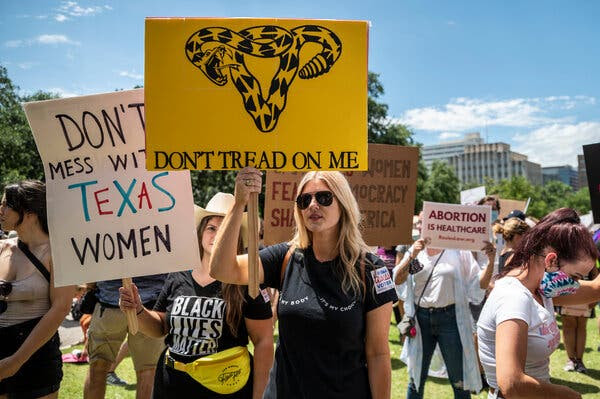 This week, Texas implemented SB8, the most dangerous and draconian ban on our right to abortion in healthcare history. The ban places a bounty on the heads of anyone who receives an abortion after six weeks and has no exceptions for rape or incest — adding to the horror of the bill that will harm millions.

This nightmare law is chillingly similar to the Value Them Both amendment here in Kansas, which was passed by Kansas Republicans and will be on the Primary ballot in August 2022. It is more important now than ever, with reproductive rights on the line in Kansas, that we show up to the ballot boxes and make our voices heard so that no person will have to forfeit the right to their autonomy in our great state.

To raise awareness and educate Kansans on suicide prevention, Governor Laura Kelly signed a proclamation this week designating September as Suicide Prevention Month in the State of Kansas.

“The COVID-19 pandemic has heightened the need for Kansans of all ages to have access to comprehensive mental health resources across our state. This month and every month, we must focus on ways to eliminate the stigma surrounding mental illness, and make sure people of all ages know that help is always available if they need it,” said Governor Kelly.

(JC Post) – Kansas Governor Laura Kelly is calling on Congress to pass legislation that would provide affordable health coverage to about 165,000 Kansans, including 7,400 veterans and their spouses.

Governor Laura Kelly said she sent a letter to Congressional leadership to urge Congress to pass legislation that would create a workaround for Medicaid expansion in non-expansion states, which she believes would provide 7,400 Kansas veterans and their spouses with coverage.

“Kansas is one of twelve states that has failed to expand Medicaid, and this political obstruction has prevented 165,000 Kansans from accessing quality, affordable health care,” said Governor Laura Kelly. “My administration will continue to fight for Medicaid expansion at the state level, but until then, this federal legislation will allow us to bypass the self-destructive politics pushed by the Republican leaders in the statehouse and bring resources, jobs, and life-saving health care to our state.”

(Kansas Reflector) – Sheena Mooney has spent the past year without a job or a safety net living in a trailer park a few miles from Washburn.

Mooney is one of the thousands who have been evicted or are facing the threat of eviction during the pandemic in Kansas. She joined Kansas housing advocates on a new episode of the Kansas Reflector podcast to discuss the realities of renting amid COVID-19.

Estimates from the Kansas Housing Resources Corporation indicate more than 27,000 Kansas are currently behind on their rent, and estimates from Zillow show about 14,600 renters are at risk of eviction.

Federal and state moratoriums have provided temporary relief for those who can prove they are unable to pay rent because of COVID-19 related circumstances, but the narrow scope has left many without protection. Even during the moratorium period, evictions proceeded in some areas.

(The Topeka Capital-Journal) – Kansas hospitals have indicated they won’t back down from requiring their staff be vaccinated amid a debate over whether such requirements should make them ineligible for potentially millions of federal dollars set aside for worker bonuses.

It comes as legislators voted down such a proposal and delayed action on how to structure the $50 million pot of money, which was given initial approval last week and is an attempt to help health care facilities retain their workers amid an ongoing rush of COVID-19 cases.

Russ Johnson, president and CEO of LMH Health, said in a statement that his hospital had no plans to change their requirement, noting that over 90% of workers are already vaccinated.

Similarly, Steve Stites, chief medical officer at the University of Kansas Health System, slammed the idea Tuesday, saying it was tantamount to people “trying to tell you how to do your job.”

“Let me stay in my lane, but, by God, you stay in your lane,” Stites said. “And don’t be coming into my lane telling us how to run our hospitals because what you’re really suggesting is we’re willing to support you if you’re willing to let your hospital staff be at risk and that puts patients at risk.

(Kansas Reflector) – Two top aides in Kansas Attorney General Derek Schmidt’s office traveled last year to a summit where staffers of conservative attorneys general participated in “war games” to plan how they might respond to the outcome of the 2020 presidential election.

Records obtained by Kansas Reflector show the two aides — Clint Blaes and Jeff Chanay — were approved to travel to Atlanta for a summit of senior staff members of attorneys general offices put on by the Rule of Law Defense Fund, a group associated with the Republican Attorneys General Association. The group paid for the two aides’ expenses.

The Rule of Law Defense Fund was established in 2014 as a “forum for conservative attorneys general and their staff to study, discuss and engage on important legal policy issues affecting the states.” The organization has been criticized for its role in the runup to the Jan. 6 mob attack on the U.S. Capitol, the first time the building has been stormed since the War of 1812.

In a robocall, the organization gave out details on the timing and location of the march protesters took from the White House to the Capitol.

(The Kansas City Star) – National civic engagement groups told a federal judge in Kansas Wednesday that they would be unable to operate in the state under new election laws that go into effect on Jan. 1.

Executives at Vote America and the Voter Participation Center testified in an evidentiary hearing that one of their primary functions, sending advance ballot applications to registered voters, would not be possible in Kansas if a law barring such activity by out-of-state organizations went into effect.

“We may be prohibited from helping voters in Kansas at all,” said Daniel McCarthy, Vice President of Finance and Operations at VoteAmerica.

THANKS TO GOVERNOR KELLY AND DEMOCRATS, KANSAS’ ECONOMY HAS REBOUNDED FROM THE PANDEMIC

(WIBW) – Kansas has seen almost 90% fewer unemployment claims since the beginning of the COVID-19 pandemic compared to the previous year.

WalletHub.com says as the U.S. makes significant progress in the fight against the COVID-19 pandemic, it released its updated States Whose Unemployment Claims Are Recovering the Quickest report. The report looked at changes in unemployment claims for several benchmarker weeks.

According to the report, Kansas ranked as the ninth most recovered state since last week. The Sunflower State ranked fifth for most recovered since the start of the pandemic.

(CBS News) –  President Biden announced the most sweeping COVID-19 vaccine requirements yet on Thursday, which will affect roughly 100 million Americans. The new measures include a vaccine mandate for all federal workers and contractors, and a requirement that large companies must mandate vaccines or regular testing for employees.

“My job as president is to protect all Americans,” Mr. Biden said Thursday. “So tonight, I’m announcing that the Department of Labor is developing an emergency rule to require all employers with 100 or more employees that together employ over 80 million workers to ensure their workforces are fully vaccinated or show a negative test at least once a week.” 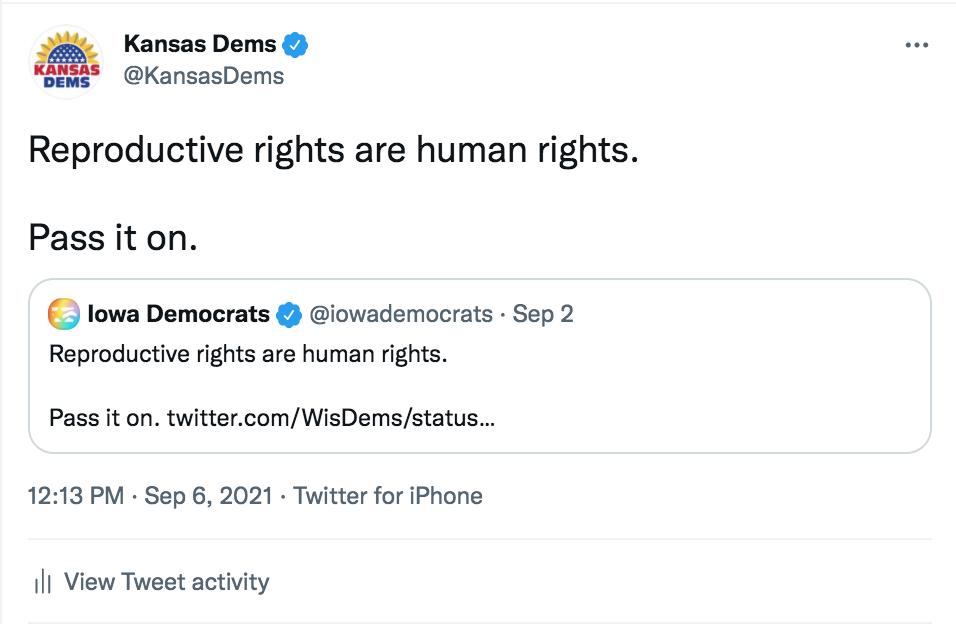 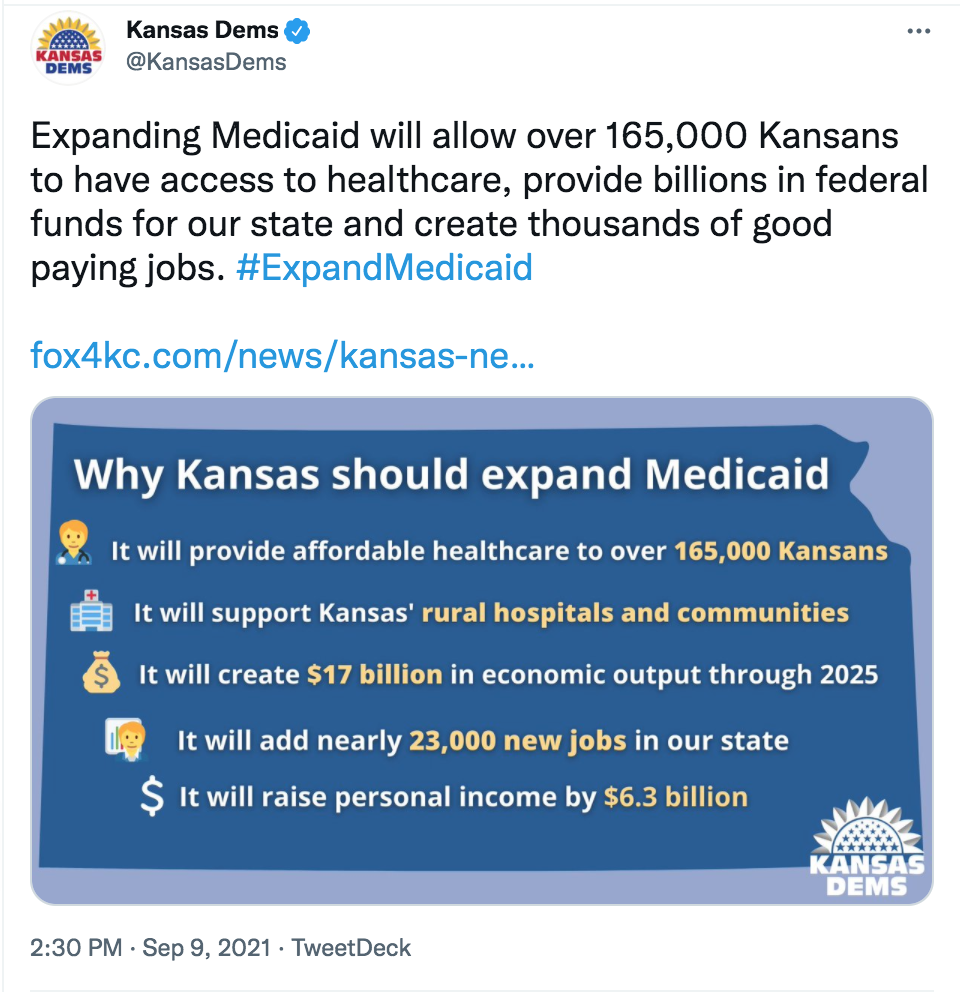 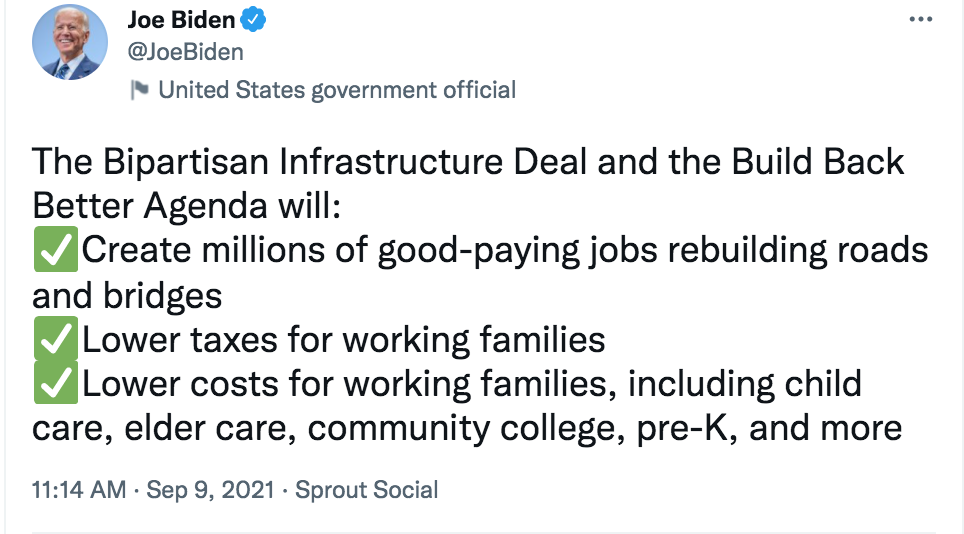