“While we are still reviewing the new guidance and what it means for Kansas, this administration has consistently followed the recommendations from the experts at the CDC – and we don’t intend to stop. Right now Kansas is at a crossroads. The new Delta variant has caused COVID-19 to surge in our communities and some of our hospitals are moving towards capacity. The bad news is that parts of our state fall into the “hot spot” category for new cases, the good news is we have a vaccine to protect us from the virus that is safe, effective against severe illness, hospitalization and death, and free. I strongly urge every Kansan who isn’t vaccinated to get one right away. That is the best way to stop the spread of COVID in our state. For those who are vaccinated, I ask that you speak with your friends, neighbors, and loved ones who are unvaccinated and encourage them to get vaccinated to protect themselves and our state.”

THE RIGHT TO VOTE SHOULD NOT BE POLITICIZED, REDISTRICTING MUST BE NON-PARTISAN

(Kansas Reflector) – Nov. 3, 2020, saw the highest turnout of voters in U.S. history. Now, at least 18 state legislatures have passed laws to reduce voter turnout and restrict U.S. citizens’ access to their constitutionally guaranteed right to vote, especially targeting people of color. Kansas is among them.

The Kansas Legislature passed a law making it a crime to engage in activity that “gives the appearance of being an election official.” The law is so vaguely worded that organizations doing voter registration, foremost among them the nonpartisan League of Women Voters, have suspended registering and educating voters. They fear their well-informed members who register voters may be charged with impersonating election officials, a felony. This law has halted 100 years of LWV voter registration of new citizens and voters of all political parties.

The Kansas Legislature also has decided to rush the process of drawing new voting districts. The Kansas Constitution’ deadline for drawing new boundary lines is the end of the legislative session — May 2022. The Republican majority is considering setting boundaries that would dilute Black and Latino voting strength by assigning their communities to Republican-majority areas.

(Sunflower State Journal) – After flirting with the idea for weeks, Republican state Sen. Caryn Tyson is joining the Republican primary for state treasurer.

Tyson had long been expected to join the race, which already includes Republican state Rep. Steven Johnson and Michael Austin, who served as an economic adviser to former Gov. Sam Brownback.

Republican Sara Hart Weir, who ran for Congress in 2020 in the 3rd District, also has been mentioned as a possible candidate for treasurer. An announcement from Weir is expected imminently.

Democratic incumbent Lynn Rogers is seeking a full four-year term after he was appointed to replace Republican Jake LaTurner, who was elected to Congress.

Tyson, who is now in her third term in the Kansas Senate, already had a campaign wesbite up on Friday morning.

TONY MATTIVI ANNOUNCES HIS CANIDACY IN RACE FOR ATTORNEY GENERAL

He’s the third candidate to declare in the race to replace Republican Attorney General Derek Schmidt. It’s an open race because Schmidt will be leaving to challenge Democratic Gov. Laura Kelly in the 2022 election.

Mattivi joins a race that already includes two prominent candidates, former secretary of state Kris Kobach and state Sen. Kellie Warren of Leawood. All three candidates are self-described conservatives and no significant policy differences have yet emerged in the race.

(NPR) – When Kayla Kjelshus gave birth to her first child, the infant spent seven days in the neonatal intensive care unit, known as the NICU. This stressful medical experience was followed by an equally stressful financial one. Because of an obscure health insurance policy called the “birthday rule,” Kjelshus and her husband, Mikkel, were hit with an unexpected charge of more than $200,000 for the NICU stay.

Now, six months after Kaiser Health News and NPR published a story about the Kjelshus family’s experience, new parents may be spared this kind of financial uncertainty if lawmakers pass a bill that would give parents more control when it’s time to pick a health insurance policy for their child.

The new proposed law would eliminate the birthday rule. That rule dictates how insurance companies pick the primary insurer for a child when both parents have coverage: The parent whose birthday comes first in the calendar year covers the new baby with their plan first. For the Kjelshuses of Olathe, Kan., that meant the insurance held by Mikkel, whose birthday is two weeks before his wife’s, was primary, even though his policy was much less generous and based in a different state.

The public should stop focusing on the total number of people with COVID and focus instead on the number of patients who are being hospitalized or dying from it, the Kansas Republican told an audience in Topeka.

Hospitalizations and deaths are considerably lower with the delta variant, which is “not as lethal” as COVID’s initial version, Marshall said.

“If you’ve had the vaccination or if you’ve had natural immunity, it works 95% of the time to keep you from being hospitalized,” he said.

Marshall, a physician who received his second vaccination in early January, spoke at an 8 a.m. town hall meeting attended by about 80 people at Philip Billard Post No 1650 of Veterans of Foreign Wars, 3110 S.W. Huntoon.

“I knew that I would get some really strong, traditional Kansans if we did it early in the morning,” he said. “It’s great to be back here in the capital city.”

(Kansas Reflector) – Senate President Ty Masterson warned state and federal guidance aimed at countering spread of a more hostile variant of COVID-19 could damage the state’s economic recovery and unnecessarily confuse Kansans who managed to reclaim normalcy in their lives.

Masterson, the Andover Republican who leads the Kansas Senate, said he considered “counterproductive” revised recommendations for avoiding spread of coronavirus offered by the administration of President Joe Biden, specifically medical adviser Anthony Fauci. He labeled “incoherent” Gov. Laura Kelly’s masking requirement for certain executive branch employees. Her instructions were bundled with a request for all Kansans to volunteer for vaccinations and for individuals in more than 80 counties sharply stricken by the Delta variant to consent to wearing a face covering.

“Kansans have made it clear that they choose freedom over ‘Faucism.’ The mandates and restrictions did not work before and they should not return, either at the state or local level,” Masterson said.

Senate Democratic Leader Dinah Sykes, of Lenexa, said Kelly made the prudent decision, along with government leaders across the country, to outline a revised strategy for protecting communities from spread of the Delta incarnation of coronavirus.

That advice reasonably included another urgent plea for individuals to get a free COVID-19 vaccination, she said.

“I echo her call on leaders in our state to stop spreading misinformation and stoking conspiracy theories about the vaccine,” Sykes said. “It is safe, effective and will save our fellow Kansans from illness and death. As a state, we’ve got to move on from the political fights surrounding this inconvenient but very real public health crisis. It’s time to grab an oar, make the necessary sacrifices, talk to our loved ones about getting vaccinated, and end this thing – once and for all.”

(WIBW) – Kansas’ plan to use American Rescue Plan funds to support K-12 schools and students has been approved by the U.S. Department of Education.

The U.S. Department of Education says on Thursday, July 22, it approved Kansas’ American Rescue Plan Elementary and Secondary School Emergency Relief plan and distributed remaining ARP ESSER funds to them. It said the state’s plan details how it will use funds to safely reopen and sustain the safe operation of schools and equitably expand opportunities for students that need it most, particularly those most impacted by the COVID-19 pandemic.

“I am excited to announce the approval of Kansas’ plan,” said U.S. Secretary of Education Miguel Cardona. “It is heartening to see, reflected in these state plans, the ways in which states are thinking deeply about how to use American Rescue Plan funds to continue to provide critical support to schools and communities, particularly as we move into the summer and look ahead to the upcoming academic year. The approval of these plans enables states to receive vital, additional American Rescue Plan funds to quickly and safely reopen schools for full-time, in-person learning; meet students’ academic, social, emotional, and mental health needs; and address disparities in access to educational opportunity that were exacerbated by the coronavirus pandemic. The state plans that have been submitted to the Department lay the groundwork for the ways in which an unprecedented infusion of federal resources will be used to address the urgent needs of America’s children and build back better.”

(The Wall Street Journal) – The Centers for Disease Control and Prevention, citing the highly transmissible Delta variant, recommended Tuesday that vaccinated people resume masking indoors in certain parts of the country and that K-12 schools adopt universal masking for teachers, staff, students and visitors regardless of vaccination status.

New guidance issued by the nation’s top health protection agency said fully vaccinated people who live in places with high or substantial transmission of the virus should once again wear masks in public indoor spaces, while emphasizing that Covid-19 vaccines remain effective at preventing severe illness, hospitalization and death.

The move marks a change from CDC guidance in May that said vaccinated people no longer needed to mask or physically distance in most indoor and outdoor settings. It also shifts the CDC’s guidance on schools after it said earlier this month that only teachers and students who aren’t vaccinated would need to wear masks in schools. Children under 12 years old aren’t eligible for Covid-19 vaccines. 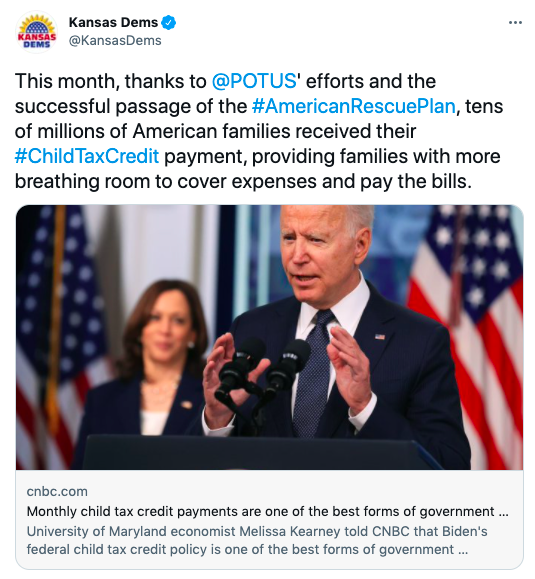 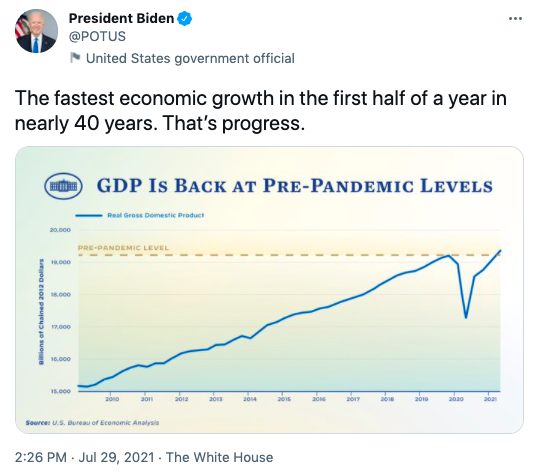 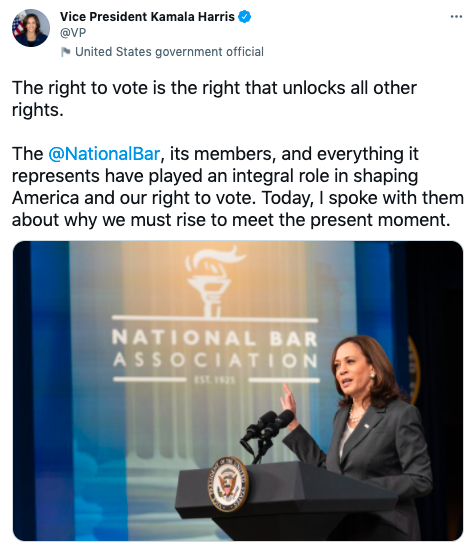