Topeka, KS —  As reported in the Kansas Reflector, Laura Tawater, newly elected Chair of the Ford County Republican Party, attended the riots at the Capital last week along with calling for “patriots to take the country back from those who hijacked the election.” Additional posts on Tawater’s social media call for individuals to “get tough” and “NEVER SURRENDER our country.” Tawater also frequently promotes false claims propagated by the Kansas Republican Party and Representatives Tracey Mann, Jake LaTurner, Ron Estes, Senator Roger Marshall, and Attorney General Dereck Schmidt that the 2020 election was fraudulent.

“Since the riots in the U.S. Capital, Kansas Republicans have tried to minimize their complicity through phony calls for unity. Ms. Tawater’s actions and rhetoric to discredit our election and invoke violence are disqualifying and have no place in either political party. She should resign from her leadership role and the Kansas GOP should immediately condemn this language.” – Vicki Hiatt. 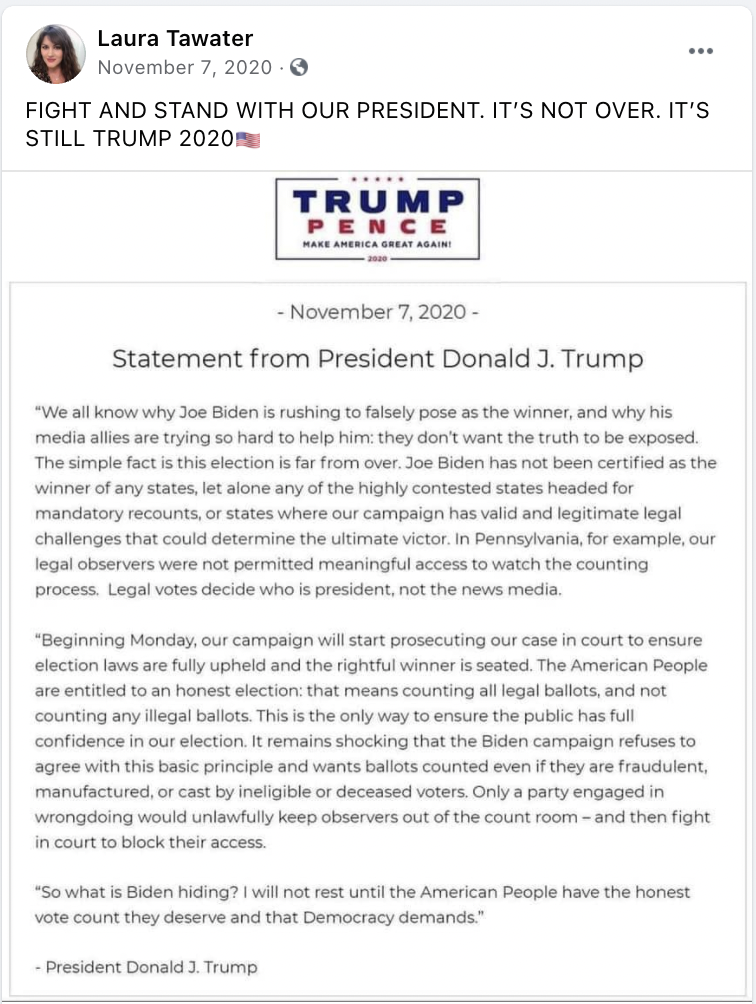 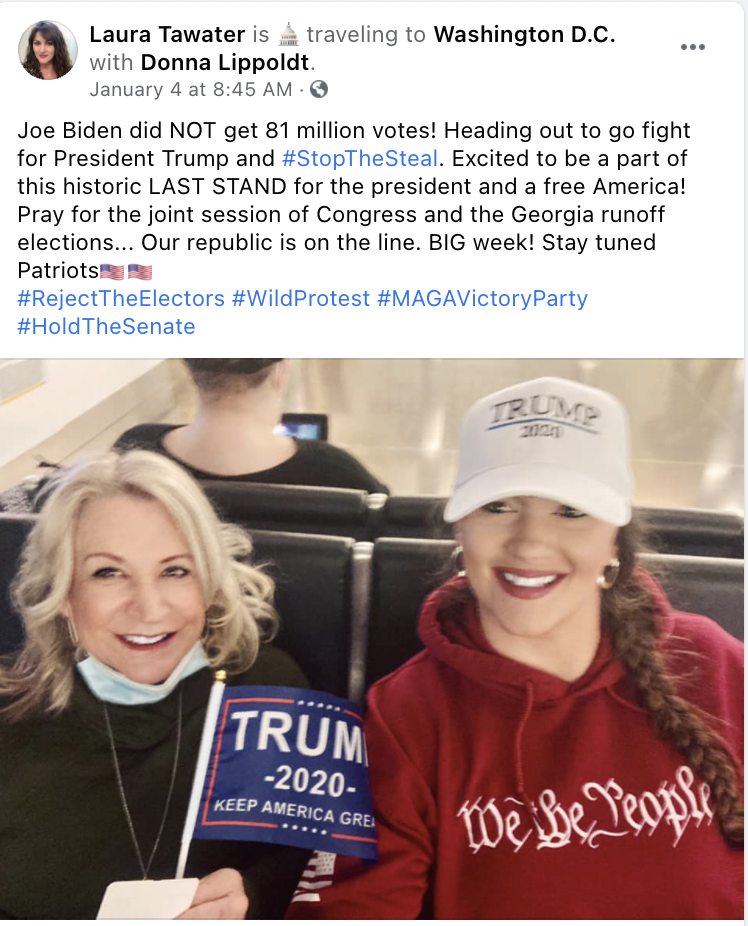 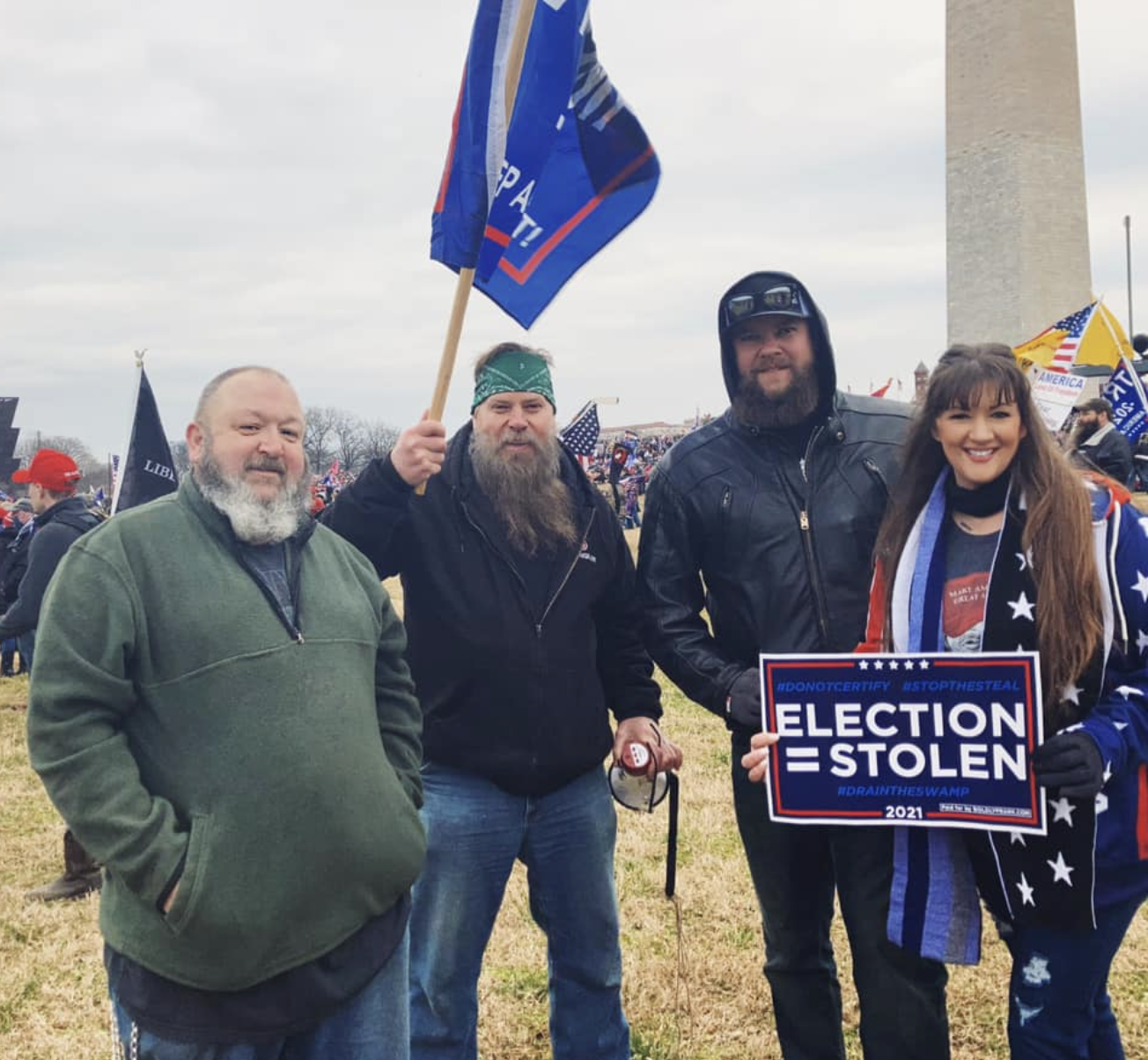 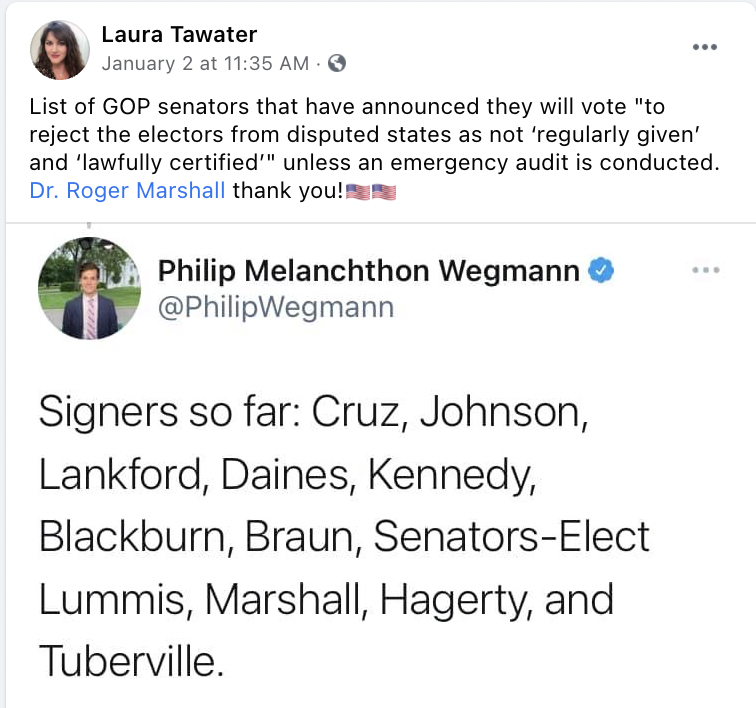 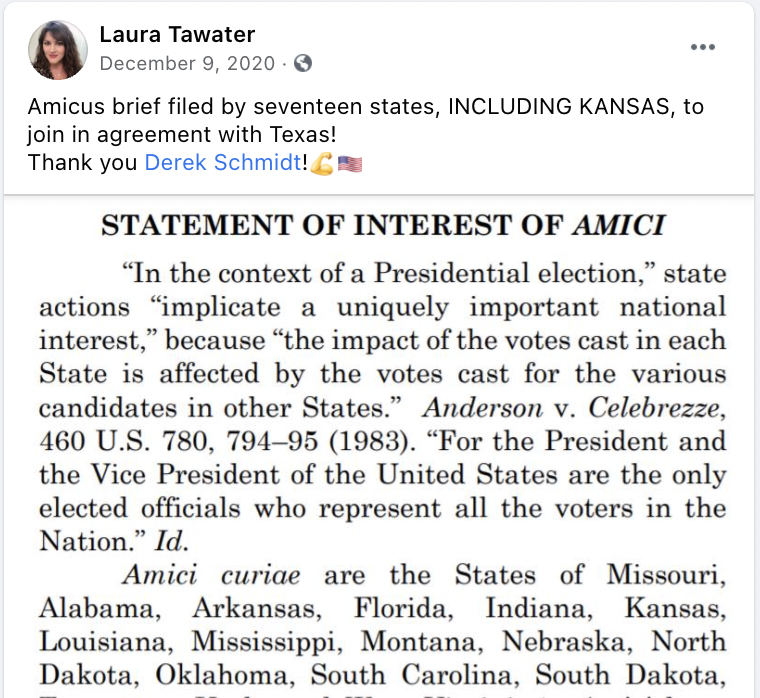 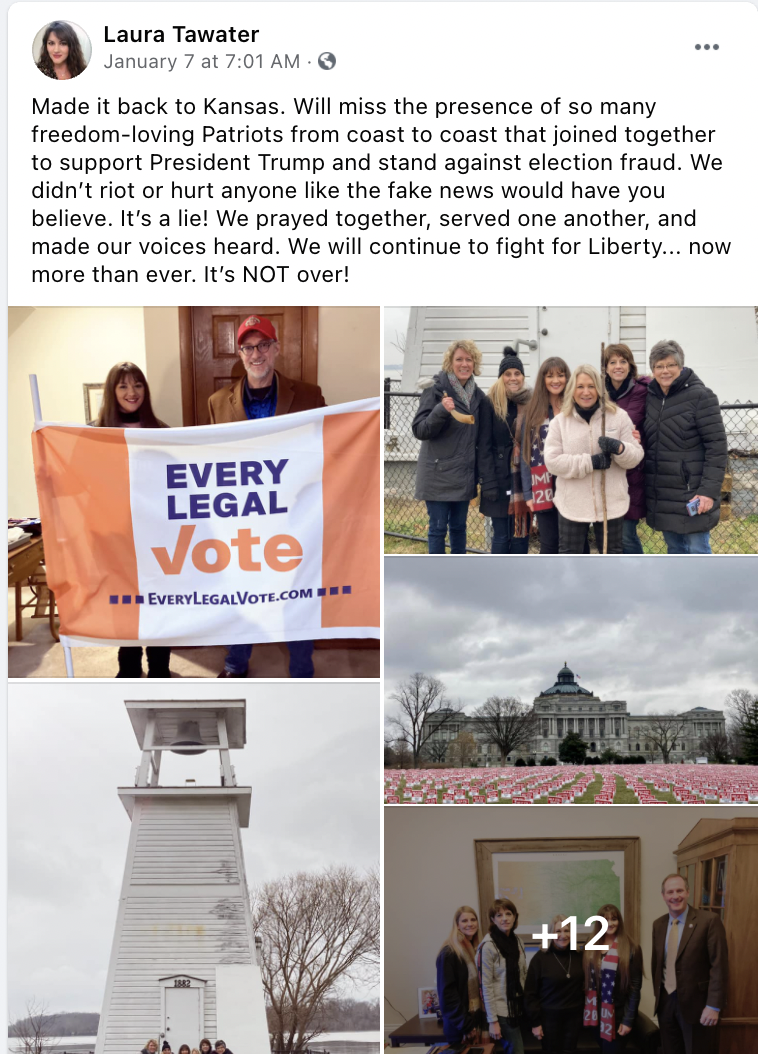 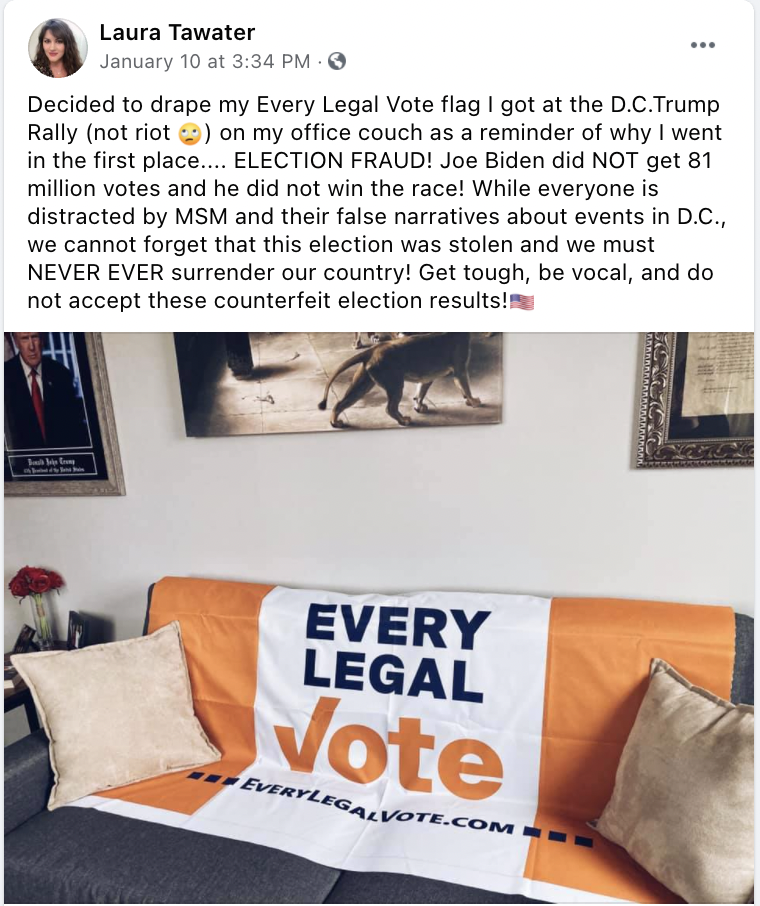